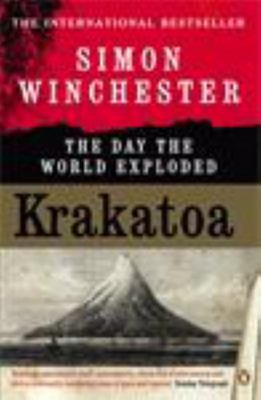 Krakatoa: The Day the World Exploded

Simon Winchester, New York Times bestselling author of The Professor and the Madman, examines the legendary annihilation in 1883 of the volcano-island of Krakatoa, which was followed by an immense tsunami that killed nearly forty thousand people. The effects of the immense waves were felt as far away as France. Barometers in Bogot and Washington, D.C., went haywire. Bodies were washed up in Zanzibar. The sound of the island's destruction was heard in Australia and India and on islands thousands of miles away. Most significant of all -- in view of today's new political climate -- the eruption helped to trigger in Java a wave of murderous anti-Western militancy among fundamentalist Muslims, one of the first outbreaks of Islamic-inspired killings anywhere. Krakatoa gives us an entirely new perspective on this fascinating and iconic event.

This P.S. edition features an extra 16 pages of insights into the book, including author interviews, recommended reading, and more.

Simon Winchester was born and educated in England, has lived in Africa, India and Asia, and now divides his time between the US and Scotland. Having reported from almost everywhere during an award-winning twenty-year career as a Guardian foreign correspondent, he is currently the Asia-Pacific editor for Conde Nast Traveler and contributes to a number of American magazines, as well as to the Daily Telegraph, the Spectator and the BBC. He is the author of several bestselling works of non-fiction.